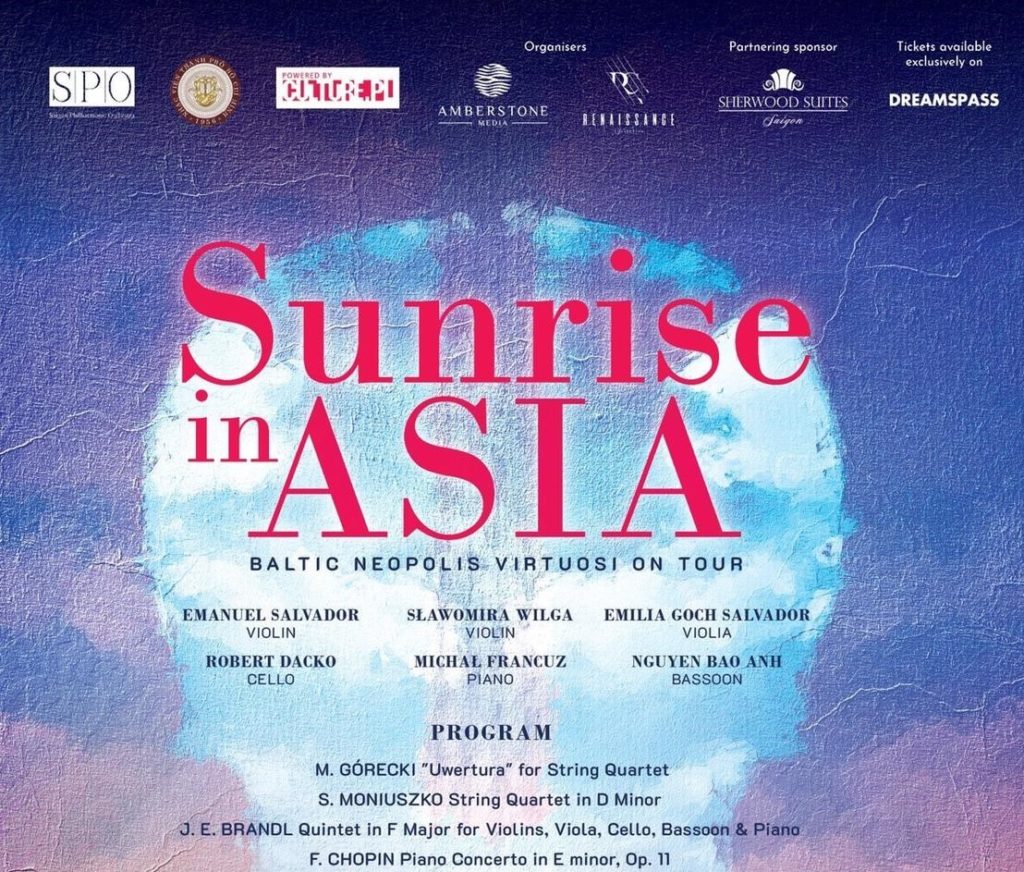 We invite you to the press conference on the prestigious concert tour with the participation of the Baltic Neopolis Virtuosi band. At the special invitation of the National Center of Performing Arts (India), Ho Chi Minh City Conservatory of Music (Vietnam), as well as the Polish Embassy in Hanoi, BNO musicians, in the Baltic Neopolis Virtuosi, on October 5-16 this year. will take a musical journey around India and Vietnam, which will present a showcase of Polish classical music. The purpose of the tour is to increase interest in Polish culture and celebrate in countries with which Poland will celebrate the centenary of establishing diplomatic relations in 2019. The inaugural concert, in which, apart from a number of compositions by Polish artists, the song “Sunrise in Asia” specially composed by the Vietnamese composer Phuc Linh will be presented, will take place on October 5 at Technopark Pomerania in Szczecin at 19:00. In addition, compositions of great and esteemed compatriots will be heard during the concert. Works of Mikołaj Górecki, Stanisław Moniuszko and even Fryderyk Chopin.

The project has the support of the City of Szczecin, the Adam Mickiewicz Institute, Szczecin-Świnoujście Port, Technopark Pomerania, NCPA in Mumbai, Polish Consulate in Mumbai, Music Conservatory in Ho Chi Minh and the Polish Embassy in Hanoi.

The conference will take place on Wednesday, October 2 at 11AM in the Castanea Hall in Technopark Pomerania in Szczecin (building F2).