The ”Great Concertmasters” series was inaugurated in September 2010, and is the most prestigious artistic series of BNO. Up until now, the Orchestra was accompanied by the following: Roman Kim, Bartłomiej Nizioł, Emanuel Salvador, Vasko Vassilev, Bartosz Bryła, Lars Bjornkjaer, Daniel Stabrawa, Bernard Le Monnier, Jan Stanienda, as well as Yuri Zhislin, Marat Bisengaliev, Carmine Lauri, Daniel Rowland, Maria Machowska. The indicator of quality and uniqueness of the presented project is a particular, diligently and precisely prepared repertoire of performances, presenting in the most attractive way the richness of the musical culture, making it a development potential for the entire society. The Orchestra’s experience points to a need for presentation of works less popular, untapped, sometimes even exotic. A crucial element of the repertoire are the pre-performances of Polish and foreign artists, as well as promotion of young composers. That way, not only Polish music is promoted among the concert audiences, but primarily among the invited artists, who are an opinion-forming authority in international musician circles. 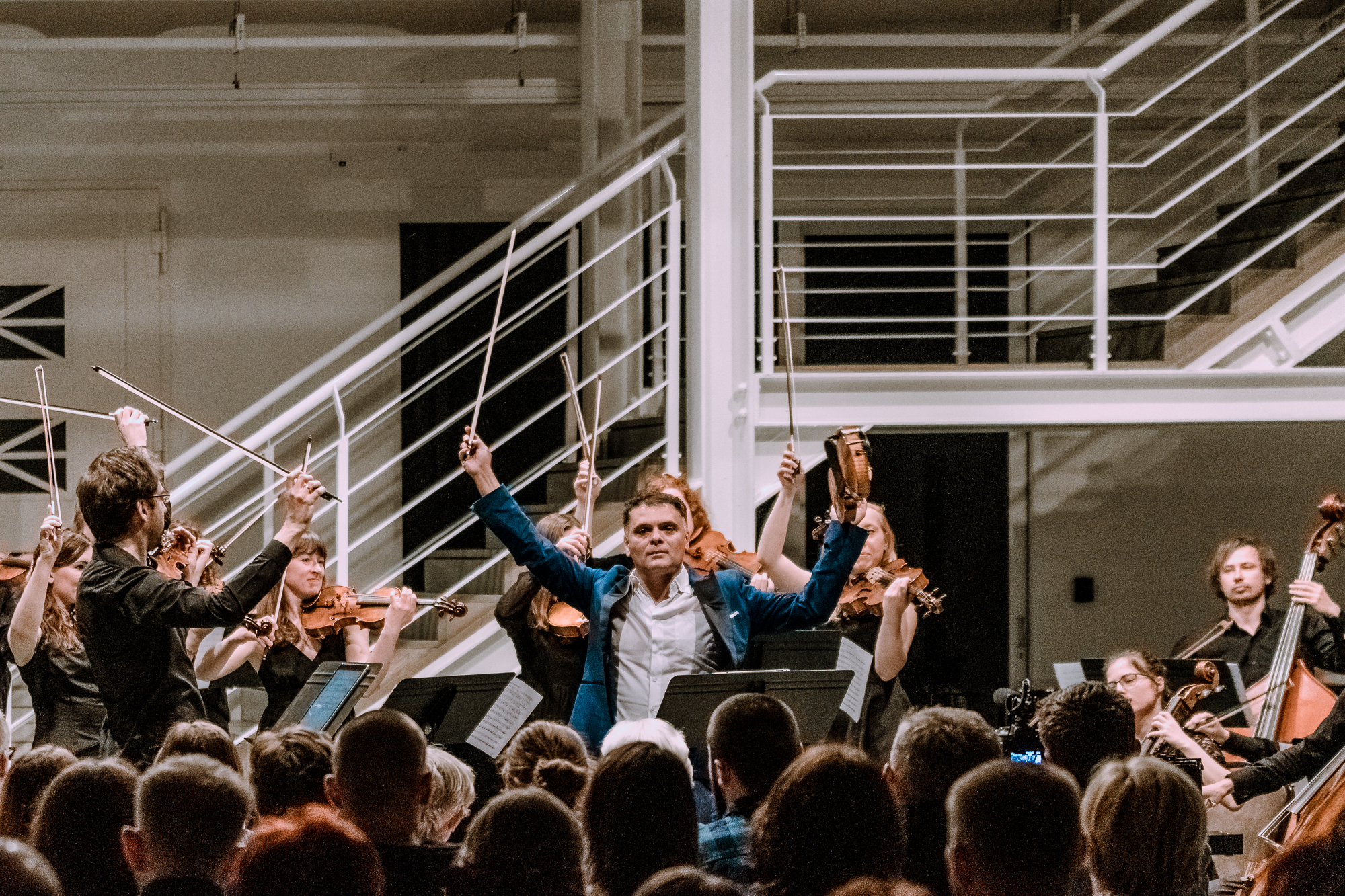