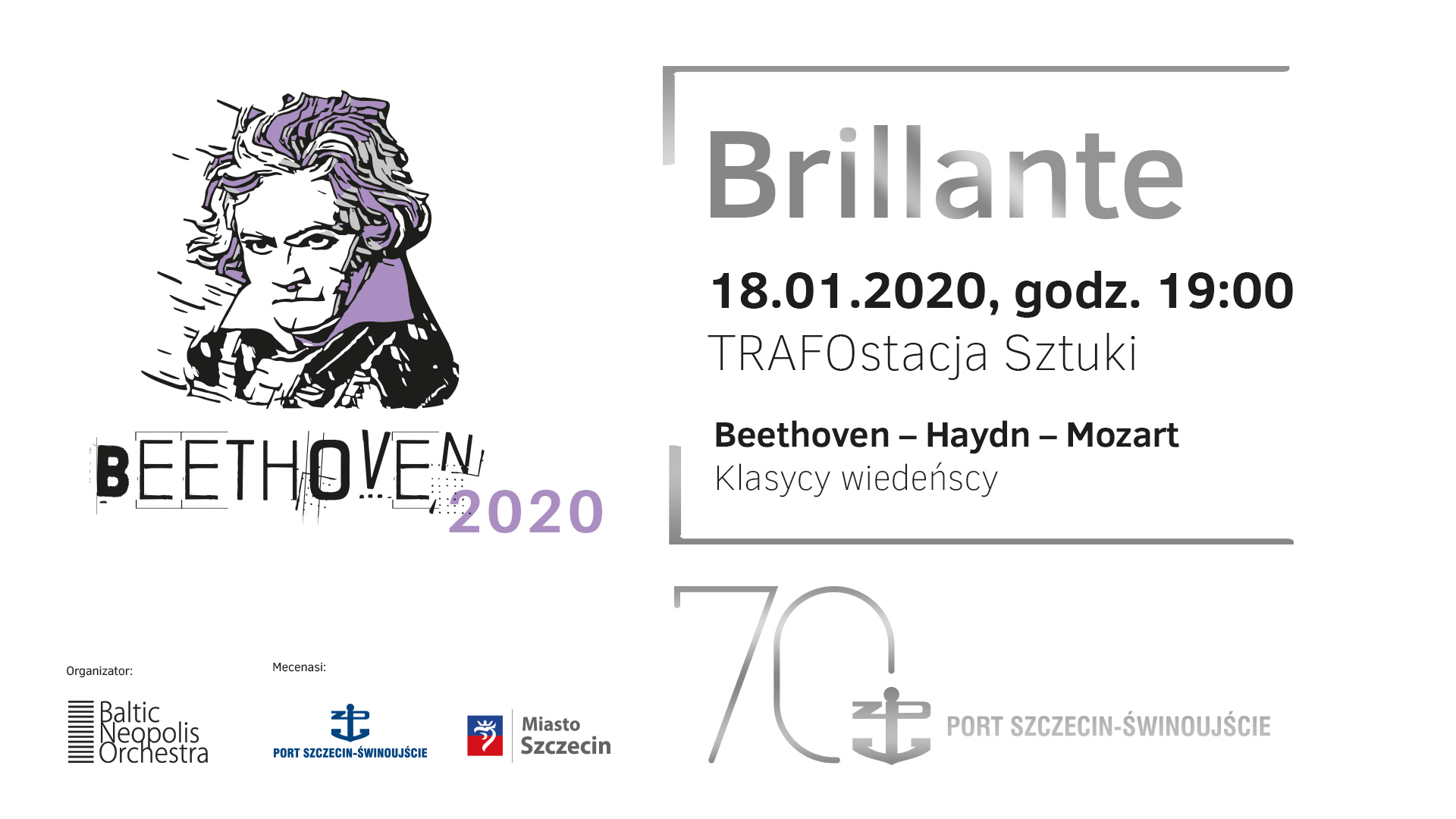 The concert prepared for the inauguration of Beethoven’s year performed by the Baltic Neopolis Orchestra concert, in which we celebrate mainly the great 70th anniversary of the Szczecin Sea Port Authority – Świnoujście, includes works of three giants of classical music. Works by the Jubilat, Joseph Haydn and Wolfgang Amadeus Mozart, which will be performed at concerts in Szczecin and Świnoujście, are also adjacent to each other in the history of music literature. Symphony No. 7 – late, one of Beethoven’s last pieces, seems in this context a symbolic signpost, pointing music to a new direction.

B. December 15 or 17, 1770 in Bonn, d. March 26, 1827 in Vienna – German composer and pianist, the last of the so-called Viennese classics, and also a precursor of romanticism in music, recognized as one of the greatest music creators of all time. Beethoven was the most revealing composer in the entire history of Western music, and his nine symphonies set high demands on both orchestral ensembles and the audience. In the age of widespread availability of Beethoven’s music, as well as its full acceptance, it is difficult to imagine how much opposition she met at the time of premiere. With each subsequent work, Beethoven progressed further in his experiments to introduce a choral part based on the text of Schiller’s Ode to joy in the Ninth Symphony. Beethoven’s approach to the piano was no less revolutionary. Thirty-two sonatas show what technical skills the composer required of performers, and what the pianists of that time opposed, arguing that he made impossible demands to them. Beethoven’s musical star shone in the musical firmament for those who decided to follow his path.